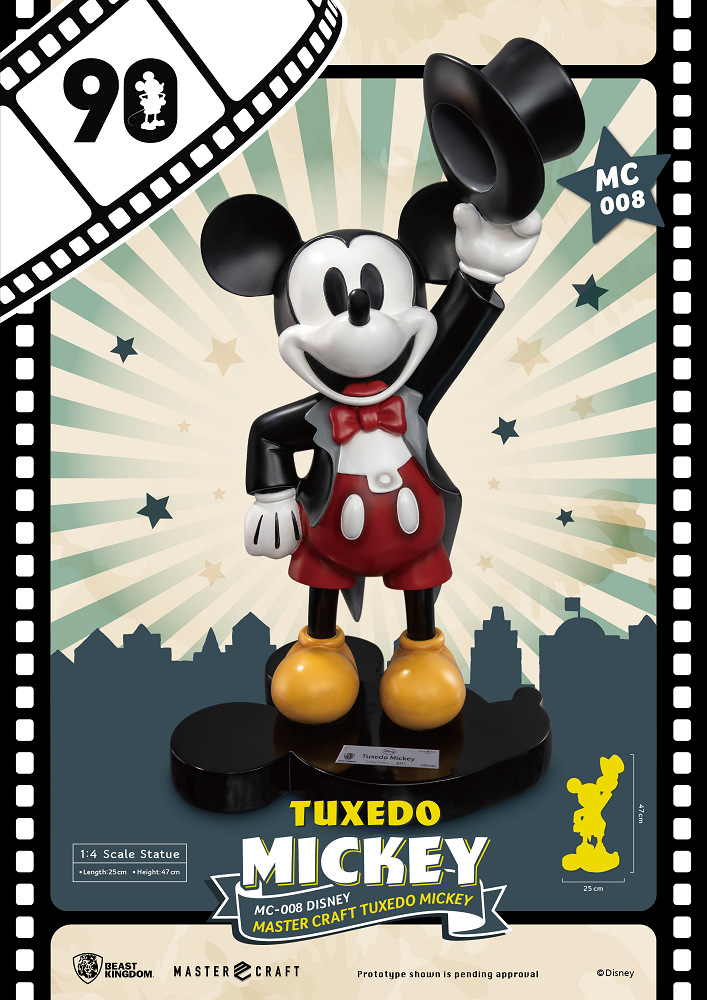 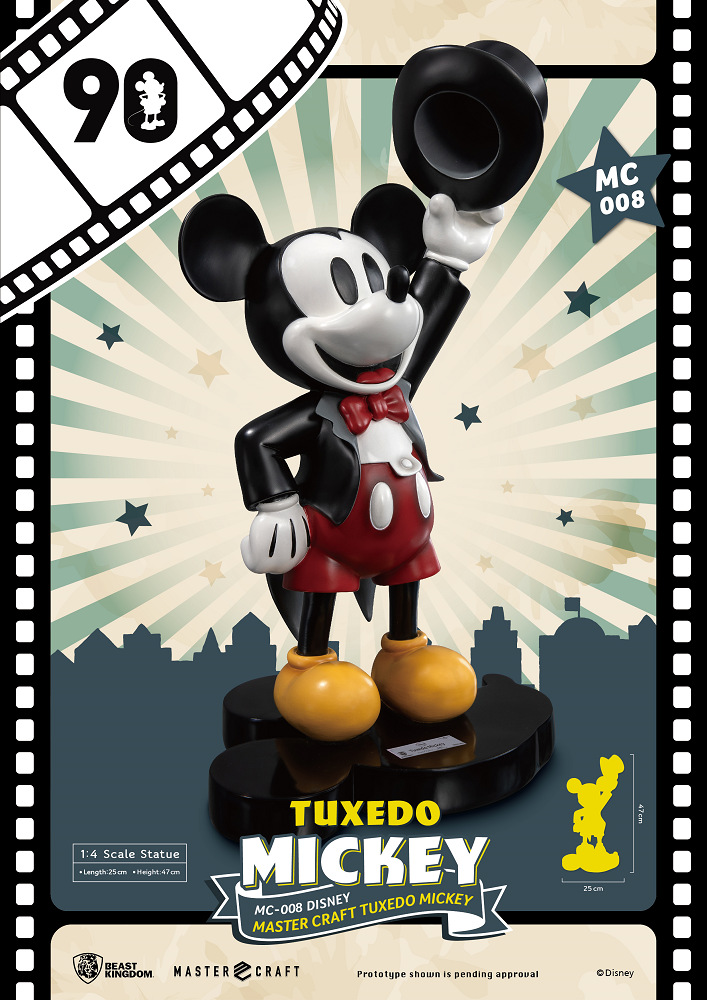 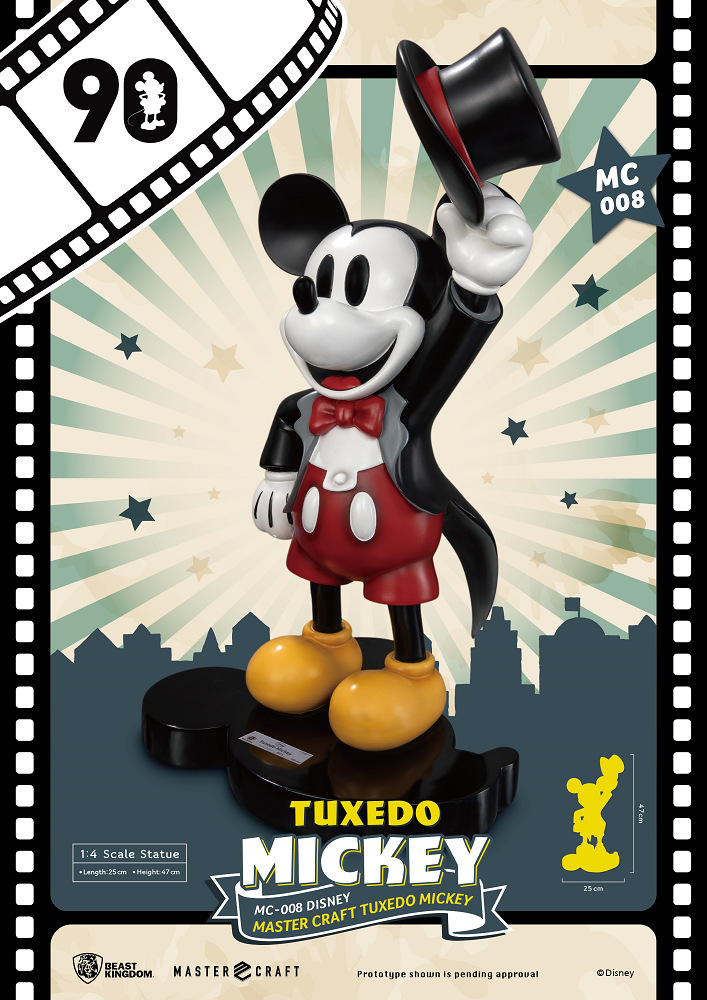 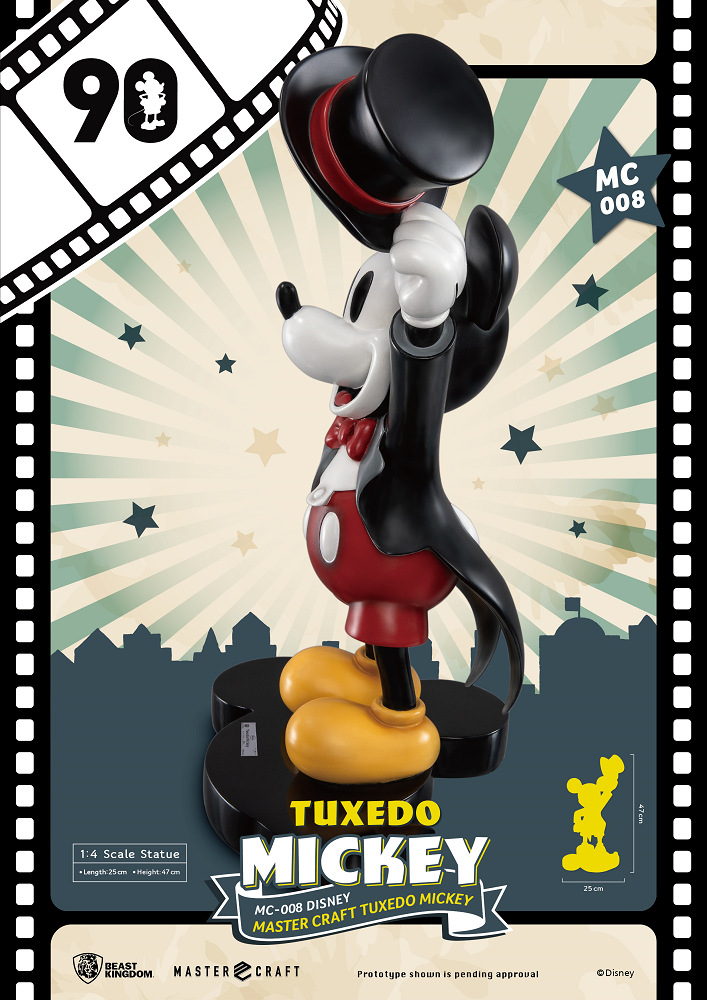 - The spirit of the character is precisely portrayed by details crafted using clay hand-sculpting techniques.

- Professional hand-painting techniques make the features and appearance of the statue clearer and more lifelike.

"Mickey Mouse” is the classic Disney character who has shared countless jolly moments with adults and kids from all over the world since his debut in the motion picture Steamboat Willie. Not only has the signature character, created by Walt Disney in 1928, become the official image of the Walt Disney Company and Disneyland park, he also became the first animated personality to have his own star on Hollywood Boulevard's Walk of Fame in 1978.

Beast Kingdom is celebrating the 90th anniversary of Mickey Mouse with fans from all around the world. The “Master Craft” statue series, created through exquisite clay sculpting and delicate hand-painting and assembly, is releasing the new “Tuxedo Mickey” statue, holding a top hat in his hand. Each day you spend with “Tuxedo Mickey” will be full of heart-warming and exciting moments.

Using their masterful skills, the professional clay sculpture designers at Beast Kingdom have captured Mickey’s spirit in every crafted detail and the warmth of each line. The matching of bright colors and the painting techniques for layered shading have transformed Mickey from a 2D image into a real 3D character. It is as if you can see him lifting his hat with joy and excitement as he expresses his gratitude to fans.

For fans who have supported and loved Mickey from the beginning, the MC-008 Disney Tuxedo Mickey Master Craft statue, brought to you by Beast Kingdom, will be the most meaningful collector's item you can obtain this year. Let’s celebrate the Mickey 90 anniversary and reminisce over these nostalgic memories together!